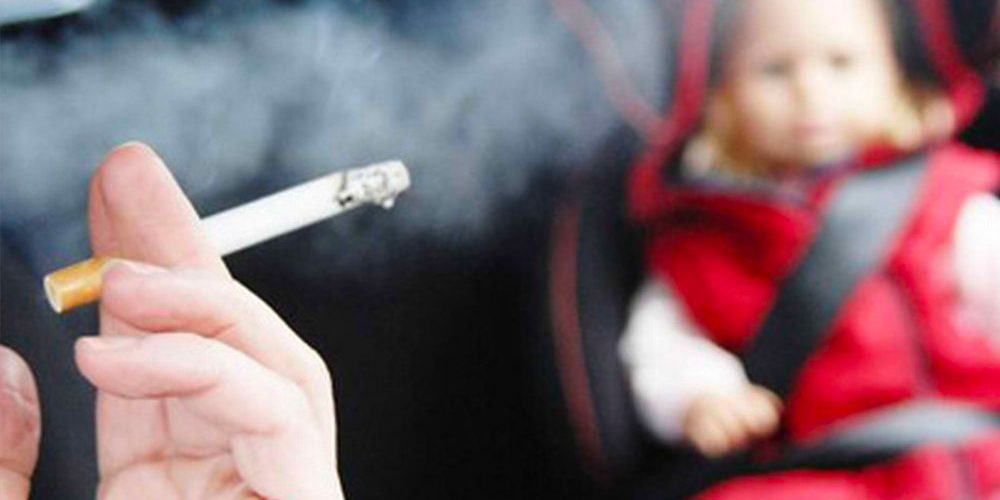 There is a high level of dental caries in deciduous teeth in developed countries; at a rate of 20.5% in children, aged 2-5 in the US and 25% in children aged three in Japan. Traditional methods to prevent tooth decay in young children include sugar restriction, oral fluoride supplementation, and fluoride varnish.

A new research has suggested that exposing babies to secondhand smoke at the age of four months doubles the risk of them developing tooth decay in the future.

In the study, published in the international online medical journal BMJ October 2015, the team sought to investigate smoking during pregnancy and exposure to household smoke in infants at four months of age as risk factors for dental caries. They analyzed data for 76,920 children born between 2004 and 2010, who attended routine health checkups at 0, 4, 9 and 18 months and at 3 years of age at health care centers in Kobe City, Japan.

Mothers completed questionnaires to provide information about secondhand smoke exposure from pregnancy to 3 years of age and other lifestyle factors, such as dietary habits and oral care. The researchers defined the incidence of caries in teeth as at least one decayed, missing or filled tooth assessed by qualified dentists.

After analyzing the data, the team established that 55.3 % of children lived in households with at least one smoker. They found that tooth decay occurred 1.5 times more often among such children compared to those in non-smoking households. This risk is noted two times higher among children who were exposed to tobacco smoke in their households. The effect of maternal smoking during pregnancy was not statistically significant.

The researchers concluded that: “Exposure to secondhand smoke at 4 months of age, which is experienced by half of all children of that age in Kobe City, Japan, is associated with an increased risk of caries in deciduous teeth. Although these findings cannot establish causality, they support extending public health and clinical interventions to reduce secondhand smoke.”

Our Promotions
Our Services
Go to Top